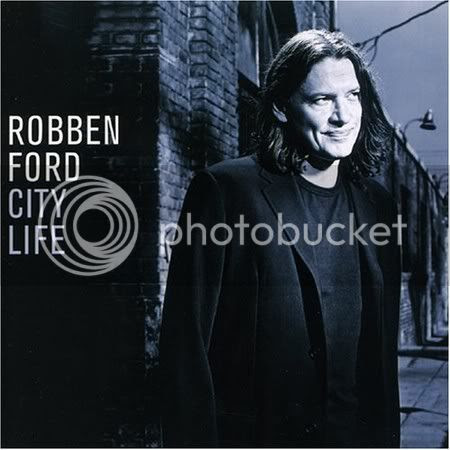 From time to time I'm going to do some guitar oriented posts about my favorite guitarists out there. There are a million to choose from so in no particular order I'm starting with Robben Ford.

Today's entry is about one of my favorite guitarists as I mentioned above, Robben Ford. I had the opportunity to attend his guitar workshop up in Ojai CA last fall and it was great.
Ojai, for you out-of-towners, is up the coast just north of Santa Barbara CA. Great little town just east of the coast, inland a bit. It's a very artsy community. Great place if just to visit for a day too.
But back to Robben. He talked and played for almost 5 hours and we had a lunch break in between with fellow workshop guitarists in the little town. I've seen him several times over the years, at small clubs in Hollywood and bigger places like House Of Blues. I started following him during his Tom Scott and the LA Express days, back around 1977 after hearing the Tom Scott album Tom Cat which came out in '74. Back when I was teaching guitar in the late 70's, one of the best things I ever did was go to Venture dept store, which was pre-Target, in Tinley Park, Il, where I lived, and they had a cut out bin of vinyl. Robben's solo album The Inside Story was in there for 50¢, and there were about a dozen of them. I bought 10 of them for $5 and kept two of them and handed out 8 of them to my guitar students and said, 'listen and learn'. Best $5 I ever spent on music. It's basically The Yellowjackets as his backup band. 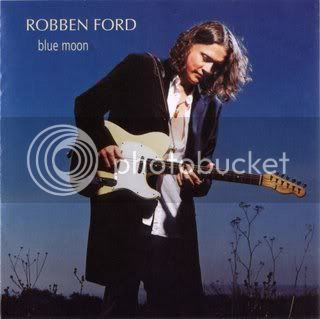 Robben mostly stood up there with his old Telecaster and an old Fender amp and went over jazz changes, chord structures, playing the blues a whole different way. He handed out about 20 pages of stuff to us all on chords, triads, altered scales, a Larry Carlton progression, shuffle blues and major and minor progression. All in all, it was a very good learning day and stuff to keep me busy for quite some time. A lot of the stuff was things I had learned somewhat a long time ago out of Mickey Baker's Jazz Guitar Book, of which Robben went over some, especially the jazz chords. He stressed chords, and how not a lot of people do rhythm or even know a lot of chords these days. 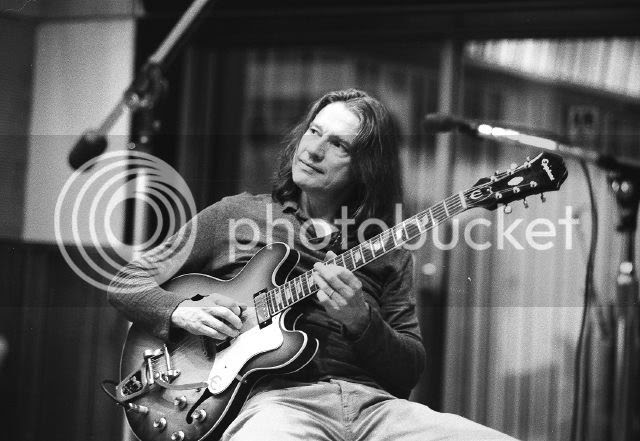 There was a question and answer time where we discussed the stuff he talked about. He talked a little about his history, working with such people as Miles Davis, Joni Mitchell and Tom Scott and blues great Charlie Musslewhite, where he got his start playing the blues. He talked about guitars and amps and even other guitarists, and how some people get famous and make a ton of dough for doing very little, and he was referring to The Edge in this particular instance, because he played a bit of a U2 lick to emphasize his point. I'm sure like a lot of jazz and blues musicians who may not make it big on the international scale of things, monetarily speaking, they get a bit peeved at what is out there music wise on the radio compared to what they themselves play. But blues or jazz is a niche market so to speak, and although it's a more highly regarded form in Europe or Japan, it doesn't get the respect or cash flow that Top 40 or whatever Lady Gaga is doing now. But Robben isn't really that bitter. He makes a nice living I'm sure. Plays an awful lot and is well respected by a million guitar players and singers and other musicians. Robben is a very personable guy and there's lots to learn from him. I'm glad he does these things. I'm glad I went. I want to go again the next time he's around.

A few days later he was playing in Studio City down at the Baked Potato club on Cahuenga Blvd. so I went with a friend and it was a great show. He even remembered me from 5 days earlier! The Baked Potato is a really really really small joint but full of music history. All the local greats and studio musicians have played here at one time or another or still do. It's such a small place you're never any further than 10 or maybe 15 feet from the band, and for an electric blues band like Robben Ford's it can get quite loud, but still worth it.

So check out some Robben Ford -

Here he's talking about rhythm, jazz chords and blues from his workshop.
Very informative for you guitarists out there.

Here's a recent tune called Lateral Climb done with his trio. They sure
get a lot of sound out of a 3 piece blues band.
With Toss Panos on drums and Larry Carlton's son, Travis, on bass.
Robben Ford - Toss Panos - Travis Carlton

Some early Robben playing with Tom Scott and the LA Express backing
Joni Mitchell in 1974 on Raised On Robbery. Great tune.

When in town check out the Baked Potato - you'll be glad you did.
Here's a pic of yours truly and Robben from the workshop 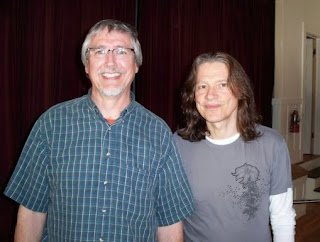 If you would like to purchase some of Mr. Ford’s fine guitar playing, it can be purchased here:


Here is the third spectacular Don't Tell Betsy promo for our upcoming video: Collect them all!


And remember, nothing says Christmas more that buying Don't Tell Betsy's brand new single, "The Way I Do". Only give it to family members and those friends you cherish most…then give it to everyone else. (but don’t give it to them first!)


And here is another multi-million dollar promo. True, most of the money was spent on alcohol, but we did spend it.

If you like this kind of stuff, why not become a follower? It's free! Just click the "Follow" button down the right hand side of the screen and it will magically let you know about all new additions to the site. 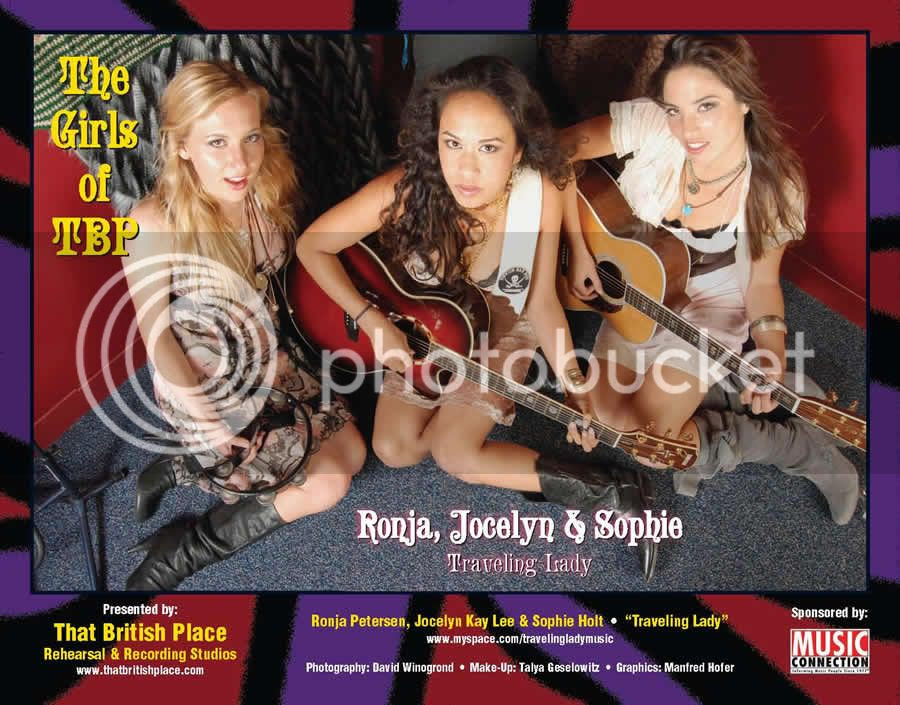 Now, this is something everyone can get into. Pretty girls who play rock and roll. And a whole year’s worth of them!!! This calendar is put out by The British Place. It’s a recording studio and rehearsal space. Check out their website and see what they’re all about and what they have to offer. And check out the girls who have recorded there!
(There is also information on how to buy this heirloom quality souvenir of the upcoming year)

And here is Neil Sedaka to tell us all about it. And the TBP girls are even cooler than the ones in this video. Can you imagine!!! Why should we, here at Don’t Tell Betsy give a shit about this particular recording studio, you ask? There is are two very good reasons. One, it looks like a great place to record, but even more important!....Our very own Carissa is Miss December!!
We, the band, would like to take this opportunity to state that Carissa has been an absolute delight since joining our motley, arthritic crew. Her voice and dedication have added new life to the group. (and boy can we use new life!) Plus, thanks to this calendar, we now get to do unspeakable things to her likeness for a whole 31 days at the end of next year! Buy one yourself.

Calendar Girl - Stars – It’s a pretty good song. Not nearly as good as December on the TPB calendar, but what is?


Here is the third Don't Tell Betsy spectacular promo for our upcoming video: Collect them!